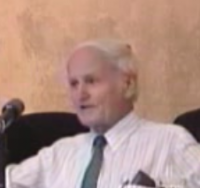 Dr. Dugaiczyk was an esteemed biochemist as well as a respected individual in the UCR community. His research interests focused on the fundamental aspects of molecular evolution, specifically on the evolution of specific small DNA inserts in primates.

After completing his Masters Degree at Jagiellonian University in Krakow, Poland, Dr. Dugaiczyk traveled to the United States to earn his doctorate at the University of California, San Francisco. He became one of the first molecular biologists through his postdoctoral research at UCSF with Dr. Howard Goodman. He has been a member of the UCR Biochemistry Department and the campus community since 1982.

Dr. Dugaiczyk was on the Editorial Board of the journal “Gene” and a member of numerous scholarly organizations, including the American Society of Biological Chemists, American Association for the Advancement of Science, the American Chemical Society, and the Genetics Society of America. UCR takes great pride in Dr. Dugaiczyk’s accomplishments and his pursuit of academic excellence during his career. Achilles Dugaiczyk died on October 31, 2005.