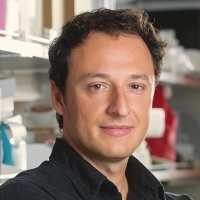 Dr Muotri is a Professor at the Departments of Pediatrics and Cellular & Molecular Medicine at UC San Diego and an Associate Director of CARTA, in addition to being the Director of the Stem Cell Program and of the Archealization Center at UC San Diego. Dr Muotri earned a BSc in Biological Sciences from the State University of Campinas in 1995 and a Ph.D. in Genetics in 2001 from the University of Sao Paulo, in Brazil. He moved to the Salk Institute as Pew Latin America Fellow in 2002 for postdoctoral training in the fields of neuroscience and stem cell biology. His research focuses on brain evolution and modelling neurological diseases using human-induced pluripotent stem cells and brain organoids. He has received several awards, including the prestigious NIH Director’s New Innovator Award, NARSAD, Emerald Foundation Young Investigator Award, Surugadai Award, Rock Star of Innovation, NIH EUREKA Award, and two Telly Awards for Excellence in Science Communication among several others.