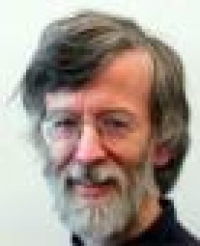 Andrew G. Clark is Professor of Population Genetics in the Department of Molecular Biology and Genetics. He received a B.S. in Biology and Applied Mathematics at Brown University in 1976, and a Ph.D. in Population Genetics at Stanford University in 1980. He did postdoctoral work at Arizona State University and the University of Aarhus, Denmark, and a sabbatical at the University of California at Davis. Prior to joining the Cornell faculty in 2002, he was a professor in the Department of Biology at Penn State University. Dr. Clark's research focuses on the genetic basis of adaptive variation in natural populations, with emphasis on quantitative modeling of phenotypes as networks of interacting genes. Dr. Clark has been active in genomics research and has been a frequent consultant with Celera Genomics since April 1999. He was elected Fellow of the American Association for the Advancement of Science in 1994, and serves on review panels for the NIH, NSF, and the Max Planck Society. Dr. Clark's research has been supported by the National Institutes of Health, the National Science Foundation, the Alfred P. Sloan Foundation, NATO, and the Marsden Fund. He served as President of the Society of Molecular Biology and Evolution, and is on the Council of the Genetics Society of America. Dr. Clark is a member of the graduate field of Genetics and Development, and Ecology and Evolutionary Biology. He will be teaching courses in the Human Genetics and Genomics and Advanced Population Genetics.