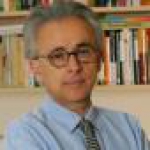 Antonio Damasio is an internationally recognized leader in neuroscience. His research interests include the neurobiology of mind and behavior, with an emphasis on emotion, decision-making, memory, communication, and creativity. His work has has helped to elucidate the neural basis for the emotions and has shown that emotions play a central role in social cognition and decision-making. His work has also had a major influence on current understanding of the neural systems, which underlie memory, language and consciousness. Damasio directs the newly created USC Brain and Creativity Institute.