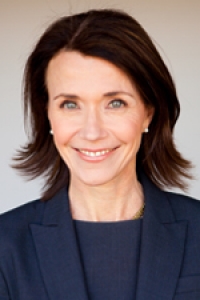 Barbara Natterson-Horowitz, M.D., is a Professor of Medicine in the Division of Cardiology at the David Geffen School of Medicine at UCLA. In addition to patient care, she is actively involved with medical education and research. Dr. Natterson-Horowitz also holds a professorship in the UCLA Department of Ecology and Evolutionary Biology and is Co-Director of the Evolutionary Medicine Program at UCLA.

She has also serves as a cardiovascular consultant to the Los Angeles Zoo as a member of its Medical Advisory Board and is Chair of the Zoobiquity Conference, a national educational program that facilitates interdisciplinary discussions between physicians, veterinarians and others in the health professions.

In 2012, Dr. Natterson-Horowitz co-authored the New York Times bestselling book, Zoobiquity: The Astonishing Connection Between Human and Animal Health . Zoobiquitywas named Discover Magazine’s Best Book of 2012, The China Times Best Foreign Translation of 2013, and a Finalist in the American Association for the Advancement of Science Excellence in Science Books 2012. Her work has been featured in the New York Times , The Guardian , Wall Street Journal , Nature , Scientific American , and New Scientist , among others.

Dr. Natterson-Horowitz completed her undergraduate studies at Harvard College and received a Master’s degree from Harvard University. She received her medical degree from the University of California, San Francisco and completed her Internal Medicine and Psychiatry residencies at the University of California, Los Angeles where she served as Chief Resident in both departments. She completed her cardiology fellowship and one year of advanced training in heart failure and cardiac imaging at the UCLA Division of Cardiology.