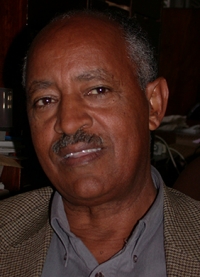 Berhane Asfaw has spent over thirty years working on the earliest hominids in Africa's Great Rift Valley. His teams are widely credited with discovering fossils providing strong evidence for Africa as the cradle of humanity. The fossils unearthed range from about 6 million years ago to the most complete, earliest modern humans at 160,000 years ago.Dr. Asfaw served as the Director of the National Museum of Ethiopia, and member of the Center for Research and Conservation of Cultural Heritage in Ethiopia. After completing his undergraduate education in Addis Ababa in Geology, he received a fellowship from the Leakey Foundation to pursue a Ph.D. at the University of California, Berkeley. He currently lives in Ethiopia and he is a father of three sons and a daughter.  He is currently the manager of the Rift Valley Research Service and a co-director of the Middle Awash Research Project.