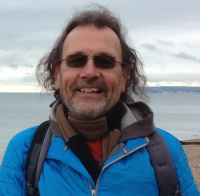 Brian Boyd, Distinguished Professor of English Emeritus at the University of Auckland, has published on literature, film, comics, art, language, and thought from many countries, from prehistory to the present. He is best known as a biographer, critic, and editor of Vladimir Nabokov, and as a leader in the attempt to bring evolution to bear on literature and art (On the Origin of Stories: Evolution, Cognition, and Fiction (Belknap/Harvard, 2009), Why Lyrics Last: Evolution, Cognition, and Shakespeare’s Sonnets (Harvard, 2012), and On the Origin of Art (Museum of Old and New Art, 2016)). He has also published on philosophy and science, and is currently researching and writing a biography of philosopher Karl Popper, Open, Please: A Life of Karl Popper, for Harvard University Press. His work has appeared in nineteen languages and won awards on four continents.