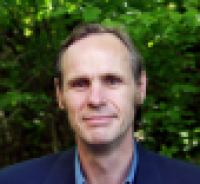 Carel van Schaik is currently professor of biological anthropology and director the Anthropological Institute and Museum of the University of Zurich, Switzerland. Before that he was a professor of biological anthropology at Duke University. His research focuses on social evolution in primates.  Initially, he strived to contribute to the development and testing of a general socioecological model for the social systems of primates, including both ecological and social (biological) influences. Over the last decade he has worked mainly with great apes and focuses on increasing understanding of cognitive and cultural evolution in the human lineage through comparative studies, in the wild and captivity, and modeling.  He is a long-standing member of the Scientific Advisory Committee of the L.S. Leakey Foundation, served on the editorial board of several journals in primatology, evolutionary anthropology and conservation. He is the serving president of the European Federation of Primatologists. He was a Humboldt Preisträger in Germany, has received the Osman Hill Memorial Medal of the Primate Society of Great Britain.