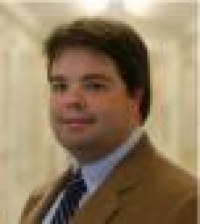 Carlos Bustamante is Professor of Genetics in the Department of Genetics at Stanford University School of Medicine. He earned his Ph. D. in biology, along with an MA in statistics, at Harvard University in 2001. After his postdoctoral training in mathematical genetics at the University of Oxford, he joined the faculty at Cornell University in 2002. He moved his laboratory to Stanford in January, 2010. He is a population geneticist whose research focuses on analyzing genome wide patterns of variation within and between species to address fundamental questions in biology, anthropology, and medicine. His group works on a variety of organisms and model systems ranging from humans and other primates to domesticated plant and animals. Much of his research is at the interface of computational biology, mathematical genetics, and evolutionary genomics and is funded, in part, by the National Institutes of Health and the National Science Foundation. Examples of his research accomplishments contributions include: developing “selection maps” of the human genome which pinpoint rapidly evolving genes as well as genomic regions subject to strong selective constraint; developing a high-density map of genetic variation in the dog genome and using it to identify genomic regions underlying morphological differences among domestic dog breeds; and investigating the role copy number variation in a family of immunity genes plays in simian AIDS progression for macaque models H.I.V/AIDS. His most current research focuses on human population genomics and global health including developing statistical, computational, and genomic resources for enabling trans- and multi-ethnic genome-wide association and medical sequencing studies of common human diseases.