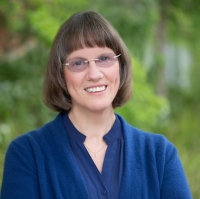 Carmel O’Shannessy is a Lecturer in the School of Literature, Languages and Linguistics at the Australian National University, having moved there from the University of Michigan, where she had been since 2007. In the 1990s her background as an ESL teacher and Applied Linguist took her to work in remote Indigenous schools in Australia’s Northern Territory, in the areas of Indigenous language maintenance and education. While working in the Warlpiri-English bilingual education program in the Warlpiri community of Lajamanu she noticed what sounded like extensive code-switching by younger speakers, and with the community’s approval was keen to investigate how young people were speaking. She subsequently completed her PhD in Linguistics at the University of Sydney (Australia) and the Max Planck Institute for Psycholinguistics (The Netherlands) in 2007, with documentation of the genesis and development of Light Warlpiri, a mixed language that had recently emerged in the community. Within the areas of language contact and change and language acquisition, her research continues to document children’s bilingual acquisition and maintenance of Light Warlpiri and Warlpiri. She is especially interested in the roles of children and adults in contact-induced language change. She also documents traditional Warlpiri songs. Carmel has been involved with languages in remote Indigenous communities in Australia since 1996, in the areas of bilingual education and her current research.