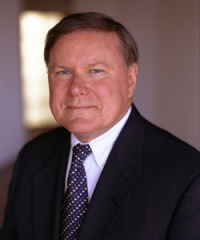 Charles F. Kennel is distinguished professor, vice-chancellor, and director emeritus at the Scripps Institution of Oceanography at UC San Diego. He was educated in astronomy and astrophysics at Harvard and Princeton. He joined UCLA’s Department of Physics and its Institute for Geophysics and Planetary Physics where he pursued research and teaching in theoretical space plasma physics and astrophysics, eventually chairing the Physics Department. From 1994 to 1996, Kennel was Associate Administrator at NASA and leader of its Earth science satellite program. Kennel’s experiences at NASA influenced him to change into Earth science, and he became the ninth Director of Scripps Institution of Oceanography, serving from 1998 to 2006. During winter terms 2007, 2010, 2012, 2014, and 2015-2020, he was a Distinguished Visiting Scholar at Christ’s College, Cambridge.