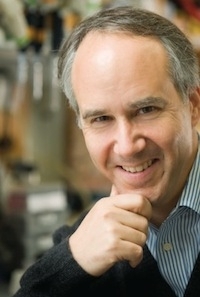 Daniel Geschwind holds the Gordon and Virginia MacDonald Distinguished Chair in Human Genetics and is a professor of Neurology and Psychiatry at the UCLA School of Medicine. He is director of the Neurogenetics Program and the Center for Autism Research and Treatment (CART) and co-director of the Center for Neurobehavioral Genetics. Professor Geschwind obtained an A.B. degree in psychology and chemistry at Dartmouth College, and M.D. and Ph.D. degrees at Yale University School of Medicine.  He completed his neurology residency at UCLA, where he has remained following training, joining the faculty in 1997.  His laboratory has pioneered the application of systems biology methods in neurologic and psychiatric disease discovering multiple disease causing genes and disease mechanisms.  Dr. Geschwind has put considerable effort into fostering large-scale collaborative patient resources for genetic research and data sharing. He played a major role in the founding, and has provided continuing scientific oversight, of the Autism Genetic Resource Exchange (AGRE), the largest collection of multiplex autism families in the world. He has served on numerous scientific advisory boards, including the NIH Council of Councils, the Executive Council of the American Neurological Association (ANA), and Co-Chairs the neurogentics section of the Faculty of 1000 Medicine. He received the Derek Denny-Brown Neurological Scholar Award from the ANA in 2004, the Scientific Service Award from Autism Speaks in 2007, the Ruane Prize from the Brain and Behavior Foundation in 2013 and is an elected member of the Institute of Medicine of the National Academies.