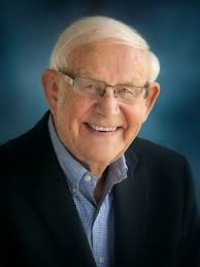 Dr. Treffert (1933-2020) graduated from the University of Wisconsin Medical School in 1958, interned in Eugene, Oregon, and then completed a Residency in Psychiatry at University Hospitals in Madison, Wisconsin. In 1962 he joined the staff of Winnebago Mental Health Institute where he developed the Child-Adolescent Unit. In 1964 he was named Superintendent of the Institute, a position he held for 15 years. In 1979 he left that position to divide his time between the private practice of Psychiatry and a position as Executive Director of the Fond du Lac County Health Care Center. During that time he was also Medical Director of the Alcoholism Rehabilitation Unit of St. Agnes Hospital in Fond du Lac. In 1991 he retired from those positions to pursue private practice, writing, and lecturing. He passed away in December 2020.

Dr. Treffert was President of the State Medical Society of Wisconsin in 1979-80 and Chairman of the Board of Directors of that organization from 1981-87. He had been President of the Wisconsin Psychiatric Association and the American Association of Psychiatric Administrators. He was a member and Chairman of the Controlled Substances Board of Wisconsin from 1970-1982. He was reappointed to that position by Governor Doyle in September 2004. In 1995 he was appointed by the Governor to the Wisconsin Medical Examining Board and was elected Chairman of the MEB in January, 2002. Dr. Treffert was on the faculty of the University of Wisconsin Medical School as a clinical professor. He was also a clinical professor at UW-Milwaukee.

Professional speaking and writing interests included prevention in the mental health area under the title of "Mellowing" and prevention in the physical health area under the title of "Rustproofing People." He was an internationally known researcher on the Savant Syndrome (islands of genius in otherwise severely disabled persons) and nationally known as well for his writings in the area of the rights of the mentally ill. In these areas, he made appearances on 60 Minutes, CBS Evening News, McNeil/Lehrer Newshour, Larry King, Today, Donahue, Oprah, Discovery Channel, and a number of documentaries in the U.S. and other countries. His work appeared in numerous publications including Time, People, Newsweek, USA Today, and Scientific American. He published over 50 publications in professional journals as well. His book, Extraordinary People: Understanding Savant Syndrome, was published in 1989 by Harper and Row and Ballantine, and was re-issued with an epilogue update by iUniverse.com in 2000 and 2006. It was also translated and published in eight other countries. His most recent book on the topic--Islands of Genius: The Bountiful Mind of the Autistic, Acquired and Sudden Savant--was published in 2010, providing a timely update and expansion on this fascinating condition. An earlier book on preventive mental health and stress management--Mellowing: Lessons from Listening--has also been widely distributed. Dr. Treffert was a consultant to the movie Rain Man, in which Dustin Hoffman portrays an autistic savant. He maintained a website on savant syndrome through the Wisconsin Medical Society.

Dr. Treffert received honorary awards from the Wisconsin Mental Health Association, the Office of Alcoholism and Drug Abuse of Wisconsin, and the Wisconsin Association for Marriage and Family Therapy. In 2006, Dr. Treffert received the National Torrey Advocacy Commendation from the Treatment Advocacy Center in Arlington for his efforts on behalf of mental health law reform and treatment access for the severely mentally ill. He was listed in The Best Doctors in America, by peer selection, beginning in 1979. He resided in Fond du Lac, Wisconsin, and was on the staff of St. Agnes Hospital in that community. He also served on the Board of Trustees of Marian University.

In April, 2016 Agnesian HealthCare in Fond du Lac, Wisconsin established the Treffert Center on the campus of St. Agnes Hospital. The center provides library access to the vast collection of savant syndrome books, papers, videos, and related materials to preserve Dr. Treffert's long involvement with savant syndrome, and provides resources to continue and expand research into savant syndrome and other types of exceptional brain performance.  The center website is www.treffertcenter.com