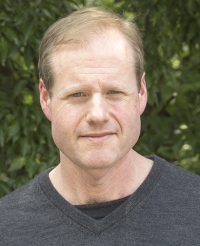 Dietrich Stout is an Associate Professor of Anthropology at Emory University, where his Paleolithic Technology Laboratory (scholarblogs.emory.edu/stoutlab) investigates the role of technology in human evolution. Dr. Stout is also Associate Director of Emory’s cross-disciplinary Center for Mind, Brain, and Culture (cmbc.emory.edu), which promotes diverse and integrative research into human nature and experience. He received his Ph.D. in Paleoanthropology in 2003 from Indiana University, Bloomington, where he studied with Professors Kathy Schick and Nicholas Toth. He then spent one year as a Visiting Assistant Professor in Anthropology at George Washington University and four years as a Lecturer (equivalent U.S. Asst. Prof.) in Paleolithic Archaeology at the University College London Institute of Archaeology before relocating to Emory in 2009. His research focus on Paleolithic stone tool-making and brain evolution integrates field research at Plio-Pleistocene archaeological sites in Ethiopia with laboratory and museum research including artifact analysis and experimental replication, functional and structural neuroimaging, behavioral analysis, and psychometric testing. His work is published in discipline-specific journals ranging from Current Anthropologyand the Journal of Archaeological Scienceto Neuroimageand the Journal of Neuroscience, as well as multidisciplinary venues such as the Proceedings of the National Academy of Sciences, and Science.