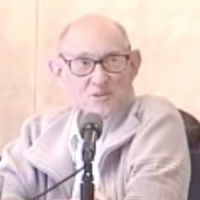 Edwin H. McConkey is Professor Emeritus in the Department of Molecular, Cellular and Developmental Biology at the University of Colorado in Boulder. He received his BS and MS degrees from the University of Florida at Gainesville and a PhD from the University of California at Berkeley (1960), where his early interest in natural history metamorphosed into molecular biology. He did postdoctoral work with Jean Brachet in Belgium and with J.D.Watson at Harvard. He joined the University of Colorado faculty in 1966 and worked on protein synthesis for many years, after which human genetics dominated his teaching and research. He is the author of a textbook, "Human Genetics: the Molecular Revolution." For the past several years he has been interested in studying the evolution of the human genome. His research focuses on analyzing the regions of human chromosome 18 that were involved in a pericentric inversion after the human lineage separated from the last common ancestor with chimpanzees. He has also been active in organizing efforts to establish an international Human Genome Evolution Project.