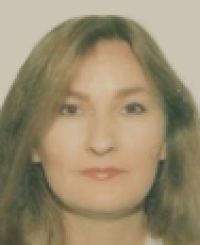 Elizabeth Newsome joined the faculty of the Visual Arts Department at UC San Diego in 1996, after four years of teaching at the University of Wisconsin-Eau Claire. She holds an M.A. and Ph.D. in the History of Art from the University of Texas at Austin, where she specialized in Precolumbian and Native American Art History. Newsome is a specialist in the ancient civilizations of Mesoamerica, including the Aztec, Olmec and Izapan cultures. Her research focuses primarily on the Classic Maya civilization that flourished in Mexico and Central America from the second to the tenth centuries. Newsome's studies have addressed various aspects of Maya architecture, stone sculpture and hieroglyphic writing, with active field research in Mexico, Guatemala and Honduras. Her disciplinary approaches emphasize iconological interpretation of works of art and the study of art in relation to cultural and intellectual history. Newsome's research and teaching explores methodologies that bridge art history and other disciplines, including philosophy, linguistics and the social sciences. Her works have explored the application of structuralist, hermeneutic and semiotic theories to the traditional methods and problems of art history, and particularly to the challenges of interpreting art in non-western and archaeological societies. Newsome has presented research at the International Mesa Redonda de Palenque in Mexico, the International Congress of Americanists, the annual meetings of the College Art Association, the American Society for Ethnohistory, the Society for American Archaeology and the American Anthropological Association. She has also lectured at the University Museum at the University of Pennsylvania and the Archaeological Institute at UCLA. Her experience includes participating as a staff instructor in the Advanced Seminar on Maya Hieroglyphic Writing at the University of Texas and public lectures to the Milwaukee Chapter of the Archaeological Institute of America and the Maya Society of Minnesota in Minneapolis. Newsome has held a 1995 Summer Research Fellowship at the Dumbarton Oaks Research Library of Harvard University, and participated as an invited speaker at the 1996 Dumbarton Oaks Roundtable entitled "Precolumbian States of Being." She has also received awards from the Hellman Foundation at the University of California and the National Endowment for the Humanities. Her articles appear in the Proceedings of the International Mesa Redonda de Palenque, the Copan Notes: Field Reports of the Honduran Institute of Anthropology and History, and the journal RES: Anthropology and Aesthetics. Her published book, Trees of Paradise and Pillars of the World: The Serial Stela Cycle of 18-Rabbit-God K, King of Copan (University of Texas Press, Austin, 2001), is an iconographic and inscriptional study of a program of stone sculptures at the Classic Maya site of Copan in western Honduras. Her present works include a monograph on the fire-related mythology and rituals of the ancient Maya (The Bundle Altars of Copan: A New Perspective on their Meaning and Archaeological Contexts, Ancient America Monograph No. 4) and a second book titled The Classic Maya Stela Cult: A Study in the Ideology of Power (contracted to the University of Texas Press). Newsome has also conducted research on the art of the Plains and Southwest Indians, studying the interrelationships between symbolic expression in art, mythology, language and ritual. Other papers concern the rise of the American Indian painting movement in the twentieth century, addressing issues of assimilation, ethnic identity and art as a means of cultural survival.