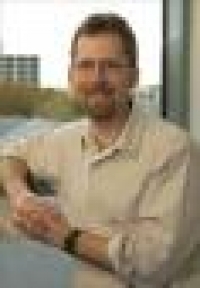 Dr. Green received his B.S. degree in Bacteriology from the University of Wisconsin-Madison in 1981, and his M.D. and Ph.D. degrees from Washington University in 1987. During residency training in clinical pathology (laboratory medicine), he worked in the laboratory of Dr. Maynard Olson, and began his genomics research program there. In 1992, he became an assistant professor of pathology and genetics as well as a co-investigator in the Human Genome Center at Washington University. In 1994, he joined the newly established Intramural Program of the National Center for Human Genome Research at the NIH, later renamed the National Human Genome Research Institute.

Honors given to Dr. Green include a Helen Hay Whitney Postdoctoral Research Fellowship (1989-1990), a Lucille P. Markey Scholar Award in Biomedical Science (1990-1994), induction into the American Society for Clinical Investigation (2002), the Lillian M. Gilbreth Lectureship for Young Engineers at the National Academy of Engineering (2001), and an Alumni Achievement Award from Washington University School of Medicine (2005).

He is a Founding Editor of the journal Genome Research (1995-present) and a Series Editor of Genome Analysis: A Laboratory Manual (1994-1998), both published by Cold Spring Harbor Laboratory Press. He is also Co-Editor of Annual Review of Genomics and Human Genetics (since 2005). Dr. Green has authored and co-authored over 190 scientific publications.

Since the early 1990s, Dr. Green’s research program has been at the forefront of efforts to map, sequence, and understand eukaryotic genomes. His work included significant, start-to-finish involvement in the Human Genome Project. Initially focusing on mapping the human genome, Dr. Green was responsible for reducing to practice a paradigm for using sequence-tagged sites (STSs) as markers to construct first-generation maps of the human genome with yeast-artificial chromosomes (YACs). His application of this strategy resulted in accelerated mapping and sequencing of human chromosome 7; this region has been a model for genomic studies throughout the Human Genome Project and beyond.

More recently, Dr. Green has established a program in comparative genomics that involves the generation and comparative analyses of sequences from targeted genomic regions in multiple evolutionarily diverse species. The resulting data sets are providing new insights about vertebrate genome organization and evolution, and are revealing how conserved sequences can be used to identify functional genomic elements. Finally, his laboratory has directly utilized its own mapping and sequence data to identify and characterize several human disease genes, including those implicated in certain forms of hereditary deafness, vascular disease, cancer, and inherited peripheral neuropathy.