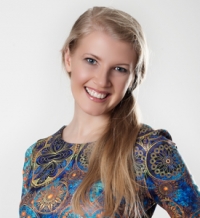 Evelina (Ev) Fedorenko is an associate professor in the Brain and Cognitive Sciences department at MIT. She received an A.B. in Psychology/Linguistics from Harvard University. She then proceeded to pursue her studies at MIT. After receiving a PhD in Cognitive Science in 2007, she stayed at MIT as a postdoc and later research scientist, funded by a K99R00 award from NICHD. From 2013 until 2019, Fedorenko held a faculty position at the Martinos Center for Biomedical Imaging at MGH, and in 2019 she moved back to MIT. Her research focuses on the language system, including its internal architecture, and its relationship with other cognitive systems. She uses behavioral, fMRI, intracranial recording, computational, and genotyping methods in healthy adults and individuals with brain disorders.