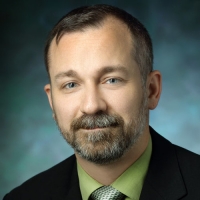 Frederick Barrett is Assistant Professor of Psychiatry / Director of Neurophysiological Mechanism and Biomarker Assessment at the Johns Hopkins Center for Psychedelic & Consciousness Research. He is a cognitive neuroscientist with training in behavioral pharmacology. Dr. Barrett has been conducting psychedelic research at Johns Hopkins University since 2013, and his research in heathy participants and in patients with mood and substance use disorders focuses on the psychological and neurological mechanisms underlying the enduring therapeutic and other effects of psychedelic drugs. In 2017, he received an NIH “R03” grant as Principal Investigator to investigate biological mechanisms of psilocybin effects, the first federally funded research since the 1970s administering a classic psychedelic to people with psychedelic effects as the primary focus. He developed the first comprehensive questionnaire to measure subjective aspects of challenging experiences encountered with psilocybin. He also published the first studies in humans characterizing the enduring effects of psilocybin on the brain (up to a month after psilocybin administration), the effects of psilocybin on a brain structure called the claustrum (which has been proposed to variously mediate consciousness and cognition), the effects of LSD on the brain's response to music, and the effects of the atypical hallucinogen salvinorin A on human brain network function. He is currently leading a clinical trial to investigate the use of psilocybin to treat patients with major depressive disorder and co-occurring alcohol use disorder, and he is leading a number of ongoing studies aimed at better understanding the psychological, biological, and neural mechanisms underlying therapeutic efficacy of psychedelic drugs.

Dr. Barrett introduces his talk "Psychedelics" for the "Altered States of the Human Mind: Implications for Anthropogeny" symposium in March 2021.