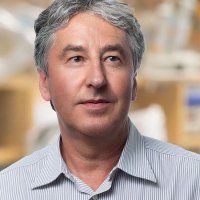 Gerald F. Joyce is a Professor and Chief Scientific Officer at the Salk Institute in La Jolla, California, and a Co-director of CARTA. He received his BA from the University of Chicago in 1978 and both an MD and PhD from the University of California, San Diego in 1984. He carried out postgraduate medical training at Scripps Mercy Hospital in San Diego and postdoctoral research training at the Salk Institute before joining the faculty of The Scripps Research Institute in 1989. In 2017 Dr. Joyce moved his laboratory to the Salk Institute, where it is part of the Jack H. Skirball Center for Chemical Biology and Proteomics. While continuing his academic faculty appointment, he served as the Institute Director of the Genomics Institute of the Novartis Research Foundation (GNF) from 2014 until 2021. Dr. Joyce’s research involves the test-tube evolution of functional RNA and DNA molecules and their potential application in clinical diagnostics and therapeutics. He has a longstanding interest in the origins of life and the role of RNA in the early history of life on Earth. His research has led to the development of the first self-replicating RNA enzyme, which is capable of exponential growth and evolution. It also has led to the development of an RNA enzyme that catalyzes the polymerization and exponential amplification of other RNA molecules.