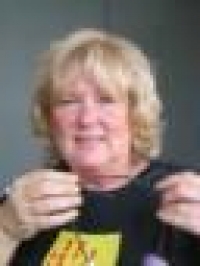 Dr. Miles is a primatologist with research interests in great ape language and cognition, the evolution of human symbolic systems, orangutan behavior, and personhood of great apes and others. She is Director of Project Chantek, a study of the sign language ability, cognitive, and cultural development of an enculturated orangutan, Chantek. She is the author of over 100 scientific publications and papers and co-editor of The Mentality of Gorillas and Orangutans (Cambridge University Press), and Anthropomorphism, Anecdotes, and Animals (SUNY Press). Her research is featured in documentary films on the Discovery Channel, A&E, PBS, Animal Planet, and in the New York Times, Washington Post, Time Magazine, and London Sunday Times Magazine.

She is Research Director and President of the Chantek Foundation, and President of Ape-Net, a consortium of foundations and celebrities founded by British musician Peter Gabriel to support enculturated apes and foster great ape communication and conservation. She teaches courses in primate behavior, ape language, linguistic anthropology, and physical anthropology, and has won a Student Government Association Outstanding Professor Award and a College of Arts and Sciences Research Prize. She is a world percussionist with several Atlanta-based African drumming groups, and has her own band, Animal Nation, which features music co-composed and performed by Chantek.