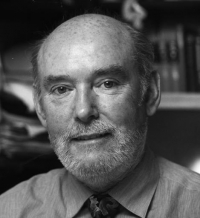 James E Cleaver is Emeritus Professor of Dermatology and Pharmaceutical Chemistry in the Department of Dermatology a UC San Francisco (UCSF). He has been at UCSF since 1966, initially in the UCSF Laboratory of Radiobiology from 1966 to 1995. In 1968 he discovered that the hereditary human skin cancer xeroderma pigmentosum was caused by mutations in the genes that code for DNA repair, and more recently worked on a closely related DNA repair disease Cockayne syndrome. His major interests are in the toxic and mutagenic response of human cells to a variety of DNA damaging agents and the clinical consequences in cancer, developmental disorders and neurodegeneration.