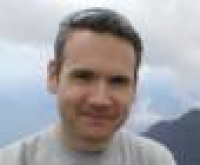 James Noonan is an Associate Professor of Genetics and a member of the Kavli Institute for Neuroscience at Yale School of Medicine. His research focuses on identifying changes in gene regulation during early embryonic development that contributed to the evolution of uniquely human biological traits. Dr. Noonan received his Ph.D. in Genetics from Stanford University in 2004. He did his postdoctoral research at Lawrence Berkeley National Laboratory, where he worked with Dr. Edward Rubin to develop methods to sequence Neandertal genomic DNA. Dr. Noonan joined the Yale Genetics faculty in 2007. He was awarded a Mallinckrodt Foundation Fellowship in 2008. He serves on the editorial board of Genome Research, is a member of the American Society of Human Genetics and the American Association for the Advancement of Science, and has served as an ad hoc reviewer for numerous journals including Science, Nature, Nature Neuroscience and Cell.