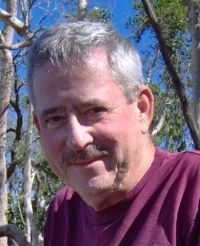 James F. O'Connell is Distinguished Professor Emeritus of Anthropology at the University of Utah. He is a member of the National Academy of Sciences, USA, an Honorary Fellow of the Australian Academy of Humanities, and a Fellow of the American Association for the Advancement of Science.  He is on the editorial boards of the Proceedings of the National Academy of Sciences and the journal Australian Archaeology. O'Connell earned his undergraduate and postgraduate degrees at UC Berkeley (Ph.D. 1971). Working with Robert Heizer and Robert Rodden, his Ph.D. dissertation examined the prehistoric archaeology of the western Great Basin. After graduation, he took a post at UCRiverside for three years before accepting a Research Fellowship at the Australian National University (ANU). There he undertook ethnoarchaeological work with Alyawarra and Anmatjere speakers (dialects of Arrernte) near Bundey River Station in the Northern Territory of Australia. Though originally planned as a study of site structure, O'Connell had been influenced by Robert MacArthur's Geographical Ecology, which led him to undertake quantitative observations of subsistence behavior in addition to studies of material remains. After several years at ANU, O'Connell accepted a position at the University of Utah in 1978 where he continued ethnoarchaeological and archaeological research in Western North America and Australia. He also started additional projects in Africa, most notably his research with Hadza hunter-gatherers in Tanzania. Collaborating with Kristen Hawkes (Utah) and Nicholas Blurton Jones (UCLA), their research sought to explain the evolution of human life histories, Plio/Pleistocene hominin hunting strategies and the emergence of the genus Homo from an evolutionary ecological perspective. To date, O’Connell has published over 150 books, journal articles and book chapters, including seminal work applying evolutionary ecology to human behavior, novel ethno-archaeological work linking behavioral ecological explanations of human behavior to its material consequences and applying these insights to prehistory.  Applications of the latter include recent work with Jim Allen (LaTrobe University, Melbourne) directed toward understanding the Pleistocene colonization of Sahul (Pleistocene Australia/New Guinea).