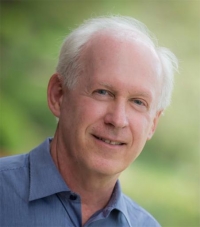 It is with great and wrenching sadness that we announce the passing of Distinguished Professor of Cognitive Science Jeffrey L. Elman, who died suddenly on Thursday, June 28, 2018. He was 70.

Born January 22, 1948, Elman joined the UC San Diego faculty in 1977 and for four decades served the campus with extraordinary dedication. Elman was an original and prolific scholar, deeply committed to research and to education at all levels. He served as dean of the Division of Social Sciences from 2006 to 2014. He mentored many students and, as an accomplished administrator, he helped to expand UC San Diego’s educational and research programs. He will be deeply missed by the department, the Division of Social Sciences and the university.

Holder of a Chancellor’s Associates Endowed Chair, he was most recently founding co-director of the Halıcıoğlu Data Science Institute at UC San Diego. A founding member of the Department of Cognitive Science, the first of its kind in the world, he was also founding director of the Center for Research in Language and founding co-director of the university’s Kavli Institute for Brain and Mind. After he stepped down as dean in 2014, he agreed to become the campus’s first director of Online and Technology Enhanced Education to support the expansion of educational access at UC San Diego.

Elman was a pioneer in artificial neural networks and an internationally recognized scholar in the field of language processing and learning. His early TRACE model of speech perception, with Jay McClelland, remains one of the major theories in the field. In 1990 he developed the Simple Recurrent Network architecture (the so-called “Elman net”) that is today widely used in many fields to model behaviors that unfold over time. In recent research, he was using a wide range of scientific methods, including computational simulations, neuroimaging and behavioral measures.

As dean, Elman provided a strong vision for the Social Sciences at UC San Diego as a division that supports research, teaching and service in the public interest. He led a dynamic and highly ranked academic division that focuses on some of the most pressing and important social issues of our time. He spearheaded the development of the Yankelovich Center for Social Science Research, a center that fosters innovative, interdisciplinary research addressing issues of social importance. Also under his leadership, the Center on Global Justice was formalized as an organized research unit; the Department of Education Studies received department status; and the Center for Research on Educational Equity, Assessment, and Teaching Excellence (CREATE) launched the visionary CREATE STEM Success initiative, linking faculty, staff and students across multiple campus divisions and the local education community, in a shared effort to support K-20 STEM education in the San Diego region.

Prior to his service as dean, he served as chair of the Department of Cognitive Science, from 1995 to 1998, and as associate dean of the Division of Social Sciences from 2002 to 2006.

Elman earned his bachelor’s degree in social relations from Harvard and his Ph.D. in linguistics from the University of Texas at Austin.

Among his honors is the prestigious David E. Rumelhart Prize, which he received in 2007 in recognition of his groundbreaking contributions to the theoretical foundations of cognitive science. Elman was elected a Member of the American Academy of Arts and Sciences in 2016.

Elman is survived by his spouse, Raymond Eller, his children Jeremy Elman and Erin Elman, Emily Elman and Nate Flansburgh and his grandchildren Henry and Elise Elman, Stella and Oliver Flansburgh.

A memorial gathering is being planned. When finalized, information will be posted on the websites of the Division of Social Sciences, the Department of Cognitive Science and the Halıcıoğlu Data Science Institute.