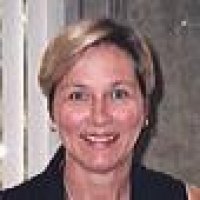 Joan Stiles is Professor of Cognitive Science.  She received her PhD in Cognitive Psychology at Princeton University, and was awarded an NIH New Investigator to complete a three year program of  training in Neurosciences at UCSD.  She is author of a forthcoming book, The fundamentals of Brain Development: Integrating Nature and Nurture (Harvard Press, January 2008), that is intended as an in depth introduction to brain development for non-biologists.  Her work encompasses three quite different, but related programs of inquiry.  One line of work focuses on conceptual development in normally developing children ranging age from 2- to 18-years.  The other line of work examines the effects of perinatal stroke on the development of spatial cognitive functioning.  These two lines of research share a common set of conceptual and developmental questions, but approach those questions from different perspectives.  The first is centered on the basic question of spatial cognitive development, the second on the brain-behavior relations that mediate spatial processing.  The third line of inquiry is intended to explore directly the relationship between behavior and brain function, in both normally developing children and children with focal brain injury.  Using functional magnetic resonance imaging (fMRI) techniques, we have begun to document developmental change in patterns of brain activation associated with specific spatial processing activities. Finally, in collaboration with other laboratories at UCSD, we have begun a series of studies focused on understanding changes in basic brain physiology and anatomy.