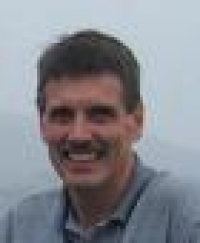 John Avise is a Distinguished Professor of Ecology & Evolutionary Biology in the School of Biological Sciences at the University of California, Irvine. His research interests include ecological and evolutionary genetics, natural history, and conservation biology. Research in his laboratory involves use of genetic markers (e.g. from allozymes, microsatellites, and mitochondrial DNA) to analyze the natural histories and evolution of wild animals. Topics range from micro- to macro-evolutionary: genetic parentage, mating patterns, geographic population structure, gene flow, hybridization, introgression, phylogeography, speciation, systematics, and phylogenetics. Research has been conducted on all major groups of vertebrates plus some invertebrates, and has involved taxa from marine, freshwater, and terrestrial environments. The primary goal typically is to unveil ecological, behavioral, or evolutionary features of the organisms themselves; an important secondary concern is to elucidate molecular and evolutionary properties of protein and DNA molecules. The theory and practice of evolutionary genetics are relevant to ecological issues and to conservation biology, so these areas provide an underlying theme in much of my research. I have also published extensively on the relevance of evolutionary genetics to human affairs such as the science-religion interface, genetic engineering, current biodiversity challenges, and the role of humor in communicating science to the public.