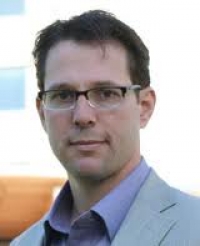 Jonathan Sebat is an associate professor of psychiatry and cellular and molecular medicine at UC San Diego, and chief of Beyster Center for Molecular Genomics of Neuropsychiatric Diseases. Dr. Sebat’s research focus is large-scale differences in gene copy number, known as copy number variants (CNVs), which are a significant source of genetic variation and an important contributor to disease risk in humans. Dr. Sebat’s laboratory is interested in how CNVs and other variation within in the human genome contribute to mental illness. His goal is to identify genes related to psychiatric disorders and to determine how genetic variants impact the function of genes and corresponding cellular pathways. Dr. Sebat’s experimental approach is to use high-resolution microarray platforms to screen the genomes of patients for CNVs and to test the association of these genetic variants with disease in families and in cohorts of patients and healthy controls. Findings from several studies support a role for CNVs in autism, schizophrenia and bipolar disorder. In addition, multiple genomic regions have been identified that harbor rare mutations that substantially increase disease risk. He is interested in further understanding the functional and phenotypic consequences of these mutations in humans. CNVs that result in the disruption of a single gene may produce an altered transcript. Larger rearrangements that alter the dosage of multiple genes may result in altered levels of gene expression. Dr. Sebat studies these processes experimentally in human cells. By understanding the biological processes related to psychiatric disorders and by characterizing how these processes are disrupted in humans, he hopes to enhance the diagnosis and treatment of patients.