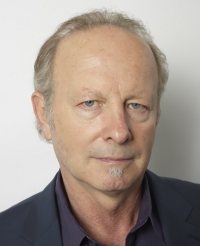 Joseph LeDoux is the Henry and Lucy Moses Professor of Science at NYU in the Center for Neural Science, and he directs the Emotional Brain Institute of NYU and the Nathan Kline Institute. He also a Professor of Psychiatry and Child and Adolescent Psychiatry at NYU Langone Medical School. His work is focused on the brain mechanisms of memory and emotion and he is the author of The Emotional Brain, Synaptic Self, and Anxious. LeDoux has received a number of awards, including the Karl Spencer Lashley Award from the American Philosophical Society, the Fyssen International Prize in Cognitive Science, Jean Louis Signoret Prize of the IPSEN Foundation, the Santiago Grisolia Prize, the American Psychological Association Distinguished Scientific Contributions Award, the American Psychological Association Donald O. Hebb Award, and Jean-Marie Delwart Foundation 2016 International Prize for Molecular and Cellular Mechanisms Underlying Mood. His book Anxious received the 2016 William James Book Award from the American Psychological Association. LeDoux is a Fellow of the American Academy of Arts and Sciences, the New York Academy of Sciences, and the American Association for the Advancement of Science, and a member of the National Academy of Sciences.  He is also the lead singer and songwriter in the rock band, The Amygdaloids (amygdaloids.com), and the acoustic duo, So We Are (soweare.net).