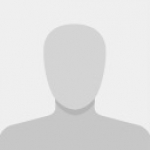 Judy Shepard-Kegl is currently Professor in the linguistics program at the University of Southern Maine and Director of the Signed Language Research Laboratory there where she administers several NSF-funded research grants on the crosslinguistic comparison of signed languages and the emergence of a new signed language in Nicaragua and coordinates the training of ASL/English interpreters under a grant to the university from the Maine Department of Education.  In addition being a certified interpreter, she holds a B.A. in anthropology and an M.A. in linguistics from Brown University; received her Ph.D. in linguistics from M.I.T. in 1985;  and has completed extensive postdoctoral studies in neuroscience at Rutgers, The State University of New Jersey.  She has published extensively on the linguistics of signed languages as well as spoken and signed language aphasia. Her research addresses a unique blend of theoretical and applied dimensions that both contribute to theoretical debates and are sensitive to humanitarian concerns.  Her co-authored book, The Syntax of American Sign Language:  Functional Categories and Hierarchical Structure, was published this year by MIT Press and she is currently under contract  with them for a second book that presents the results of her NIH-funded research on the effects of aphasia and Parkinsonπs disease on fluent signers of American Sign Language.