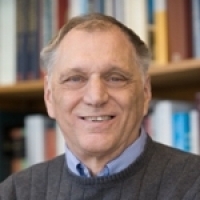 Dr. Larry R. Squire received his Ph.D. degree from the Massachusetts Institute of Technology and did postdoctoral study at the Albert Einstein College of Medicine before coming to UCSD. His publications include approximately 350 research articles and two books: Memory and Brain (Oxford Press, 1987) and Memory: From Mind to Molecules with Eric Kandel (W.H. Freeman, 1999). He served as President of the Society for Neuroscience (1993-1994) and is an elected member of the American Academy of Arts and Sciences, The National Academy of Sciences, the American Philosophical Society, and The Institute of Medicine.