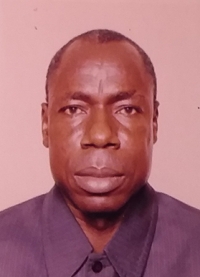 Likius Andossa is one of the two first paleontologists from Chad. He is currently the chancellor of the University of Moundou. Active member of the french-chadian international research program leading to the discovery of the earliest hominins in Chad, Central Africa, his research expertise extends to several groups of African large ungulates that are key elements of the ecosystems in which the first representatives of humankind lived. He is also interested in the issue of Quality Assurance. He occupied respectively the positions of vice-chancellor at the University of N' Djaména (2012-2017), Sarh University (2012) and Director of Paleontology Department (2009-2012).