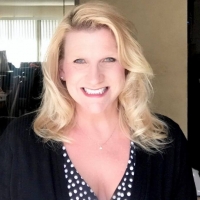 Linda Nelson joined the Center for Academic Research and Training in Anthropogeny (CARTA) as Management Services Officer in August 2011. Ms. Nelson serves as manager of fiscal, administrative and operational resources for CARTA, and as a key adviser to its leadership. Originally from North Dakota, Linda relocated to San Diego in late 1991 and joined the University of California, San Diego shortly thereafter. Ms. Nelson previously held executive administrative support and program management positions in the Department of Biology/Cancer Center (1992-1999), the Office of Graduate Studies & Research (1999-2003), Structural Engineering (2003-2007), and most currently in the Department of Medicine/Division of Gastroenterology (2007-2011). She brings a wealth of experience in supporting people and programs, event/conference planning and coordination, and management of educational programs and sponsored projects. Of particular note, Ms. Nelson worked part-time during 1998-1999 with the original precursor of CARTA, the La Jolla Group for Explaining the Origin of Humans (LOH), and helped to organize the very first symposia and listservs of the group.