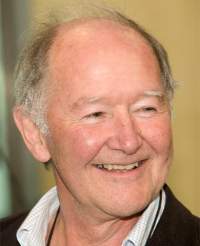 Marcus Pembrey is a clinical geneticist and now Emeritus Professor of Paediatric Genetics at UCL Great Ormond Street Institute of Child Health, UK.  He is visiting Professor of Paediatric Genetics at the University of Bristol, where he was Director of Genetics within the Avon Longitudinal Study of Parents and Children (ALSPAC) from 1989 - 2005 and continues his research.  His current research is focused on how human developmental variation is influenced by transmission of information (independent of DNA sequences) linked to the early-life experiences of parents and grandparents. He was previously Adviser in Genetics to the Chief Medical Officer at the UK Government's Department of Health, President of the European Society of Human Genetics in 1994-5, and co-founder of the International Federation of Human Genetic Societies.  He is a Fellow of the UK Academy of Medical Sciences.