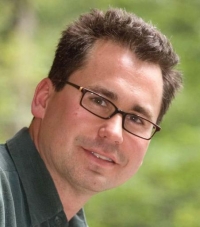 Mark Shriver received his B.S. degree in biology from the State University of New York, Stony Brook in 1987, worked as a laboratory technician at the New York University Medical Center, and completed his Ph.D. degree in genetics and biomedical research in 1993 at the University of Texas/Houston Health Science Center in the Center for Demographic and Population Genetics. Shriver then worked as a postdoctoral fellow in the University of Pittsburgh Department of Human Genetics, and in 1997, took a position as Assistant Professor of Human Genetics at the Allegheny University of the Health Sciences. In 1999, he moved his laboratory to Pennsylvania State University and was recently (2012) promoted to Professor of Anthropology and Genetics. Dr. Shriver heads projects emphasizing the practical applications of population genomic research. These projects are primarily focused on admixture mapping, signatures of natural selection, and the elucidation of the evolutionary-genetic architecture underlying phenotypic variability in common trait variation. A major goal of his work is to apply these methods and understanding of genomic variation to studies of common diseases (e.g., obesity, type 2 diabetes, adaptation to altitude, hypertension, and prostate cancer) and to normal variation, with a particular focus on superficial traits like skin pigmentation and facial features. Dr. Shriver has been funded by the NIH, NSF, NIJ, DTRA, DOD, and AHA and has published over 100 research articles, which have been cited over 12,000 times.