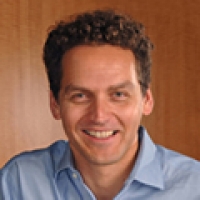 Martin W. Hetzer, Vice President and Chief Science Officer, is the Jesse and Caryl Philips Professor of Molecular and Cell Biology and Director of the Waitt Advanced Biophotonics Center at the Salk Institute for Biological Studies in La Jolla. Dr. Hetzer received his Ph.D. in biochemistry and genetics from the University of Vienna, Austria, and completed postdoctoral work at the European Molecular Biology Laboratory (EMBL) in Heidelberg, Germany. He joined the faculty at the Salk as an Assistant Professor in 2004 and became Full Professor in 2011. His research focuses on fundamental aspects of organismal aging with a special focus on the heart and central nervous system. His laboratory has also made important contributions in the area of cancer research and cell differentiation. Dr. Hetzer has received a number of awards including a Pew Scholar Award, an Early Life Scientist Award from the American Society of Cell Biology, a Senior Scholar Award for Aging from the Ellison Medical Foundation, a Senior Scholar Award from the American Cancer Society, a Royal Society Research Merit Award, the 2013 Glenn Award for Research in Biological Mechanisms of Aging and most recently the 2015 NIH Director’s Transformative Research Award.