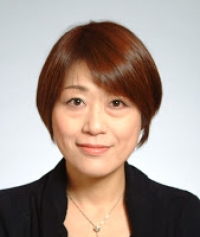 The human mind, which is not physically visible just like human morphological characteristics, is a product of evolution. In order to determine "what" is a human mind, we must reveal the "when," "how," and "why" our minds develop.

My research interest is to explore the development of the human mind and its evolutionary foundations through the relations with socio-cultural environments.

In order to explore the developmental and evolutionary roots of human mind, we systematically compare the cognitive abilities between the infants of human and non-human primates. Typical subjects are infants of humans and great apes such as chimpanzees and orangutans, from the fetal stage to infant stage.

Comparative studies performed in carefully controlled laboratories reveal both the biological foundations of the characteristics of the human mind that are shared with other primates and those that are uniquely human. Recent studies have suggested that humans and chimpanzees may follow extremely similar paths of social cognition from immediately after birth to about 6 months after birth.

Humans are very social animals. We seek to communicate with others from birth, or even while still in the womb. From the bombardment of external stimuli, even babies only a few hours old will automatically focus their attention on other individuals and imitate their facial expressions.

Surprisingly, unborn babies have been found to selectively listen to their mother's voices and show increased mouth opening in response to their mother's voice. These findings imply that the accumulation of daily communication of babies with their caregivers and other individuals since before birth should play an important role in social-cognitive development in humans.

We shall use behavioral observation and experiments to empirically reveal the socio-cultural environmental factors that are key to sustaining development of the human-unique mind.