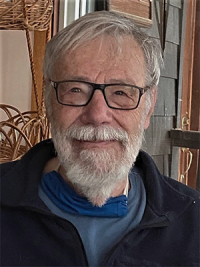 Mathias Guenther is Emeritus Professor in the Department of Anthropology at Wilfrid Laurier University in Waterloo, Ontario, Canada. He received his Ph.D. in social-cultural anthropology from the University of Toronto. Guenther has done ethnographic field work, on about a dozen occasions (between 1968 and 2007), among the Naro and ≠Aau//eisi San Bushman people in western Botswana (Ghanzi District), and research on socio-cultural change and cultural revitalization, in the context of ethnic pluralism and identity politics. His research focus has been on religion and expressive culture, features of which – trance curing, aisle art production, storytelling and oral history recording --  gained special prominence for the San of the region at the time, as processes and mechanisms of cultural revival, ethnic identity assertion and political stratagems in the people’s struggle for political and land rights. Guenther's present, post-retirement research interest is relational ontology, in the context of San cosmology. His publication record is about 120 scholarly articles and book chapters and eight books, which include Tricksters and Trancers Bushman Religion and Society (Indiana University Press, 1999) and Human-Animal Relationships in San and Hunter-Gatherer Cosmology (Palgrave Macmillan, 2020), a two volume work that applies the relational ontology paradigm to San culture). Guenther's current book project is on comparative mythology and myth theory, Entitled The Mythology of the San Bushman of Southern Africa.  The book is a contribution to Oxford University Press’s series “World Mythologies in Theory and in Everyday Life” (expected publication date 2024).