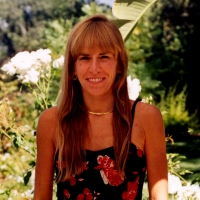 Mirella Dapretto is a professor in the UCLA Department of Psychiatry and Biobehavioral Sciences and currently the director of the FPR-UCLA Center for Culture, Brain, and Development. After receiving a Ph.D. in developmental psychology from the UCLA with a minor in behavioral neuroscience, Dr. Dapretto acquired expertise in neuroimaging methods – particularly functional magnetic resonance imaging (fMRI) – as a postdoctoral fellow at the UCLA Ahmanson-Lovelace Brain Mapping Center. Since joining the UCLA faculty in 1999, she has been the recipient of several awards, including NIH funding to study the neural networks associated with language functions in typically-developing children, and several grants to study the neural basis of the socio-communicative impairments observed in autism (funded by the Cure Autism Now foundation, the M.I.N.D. Research Institute at UC Davis, the National Alliance for Autism Research, and Autism Speaks). Over the past 5 years, Dr. Dapretto served as the PI of the imaging project of the first UCLA Autism Center of Excellence (ACE) funded by NIH (Project 3). As part of the recently funded new UCLA ACE (2012-2017), Dr. Dapretto serves as the PI of the imaging project (Project 4), as well as Co-PI of a project in infants at ultra high-risk for autism (Project 1 ). In addition, Dr. Dapretto is also a co-investigator on several large-scale collaborative studies headed by Drs. Susan Bookheimer, Dan Geschwind, Elizabeth Sowell, and Danny Wang, as well as a recently funded multi-site ACE Network (PI: Pelphrey; participating sites: Yale, UCLA, Harvard, University of Washington). Capitalizing on her dual training as a developmental psychologist and a neuroscientist, Dr. Dapretto’s research combines neuroimaging, behavioral, and genetic data to better characterize typical and atypical brain function. Her work is consistently published in prestigious journals such as Biological Psychiatry, Brain, Journal of Neuroscience, Nature Neuroscience, and Neuron.