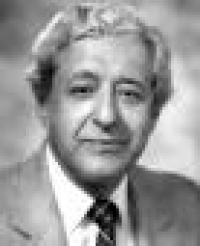 Mort Mishkin is a cognitive neuroscientist in the Laboratory of Neuropsychology at the NIMH, studies brain/behavior relationships in humans and nonhuman primates. With his colleagues, he helped to identify some of the areas in the cerebral cortex that are essential for perception and memory. This work showed that knowing what a stimulus is and knowing where it is depends on the activity of separate sensory "pathways" or "streams", each made up of many cortical areas arranged in a hierarchy. He and his colleagues discovered further that these cortical sensory streams in each modality stimulate two different brain circuits required for memory: a cortico-limbic circuit, responsible for the memory of facts and events; and a cortico-striatal circuit, responsible for the learning of different types of habits and motor skills.

Mishkin began his graduate work in 1947 at McGill University under D.O. Hebb, with whom he did his Master’s thesis on word perception in the left and right visual fields. In 1949 he moved to Yale University, where he conducted his Ph.D. thesis for McGill on the effects of temporal lobe lesions in monkeys on visual perception and learning under the tutelage of H.E. Rosvold and K.H. Pribram. From 1951 to 1955 he was a Postdoctoral Fellow with Pribram at a primate neurobehavioral research laboratory they set up at the Institute of Living in Hartford, Connecticut; during this same period he traveled biweekly to the New York University-Bellevue Medical Center to work with H.L. Teuber on the cognitive effects of brain injuries in wounded war veterans. In 1955, Mishkin moved to the NIMH to rejoin Rosvold who had just established a Section on Neuropsychology within the Laboratory of Psychology. The section later gained the status of a laboratory, and Mishkin became its chief in 1980, when Rosvold retired. In 1994 he became an Associate Director for Basic Research at the NIMH. Since 1997, when he stepped down from these positions, he has been chief of the Section on Cognitive Neuroscience within the Laboratory of Neuropsychology (LN). He is currently acting chief of LN and is also a visiting professor at University College London's Institute of Child Health.

Mishkin was president of the Division of Physiological and Comparative Psychology of the American Psychological Association in 1969, and of the Society for Neuroscience in 1986. He is a member of the National Academy of Sciences, the Institute of Medicine, and the American Academy of Arts and Sciences, and he serves on the advisory boards of several scientific journals and university research institutes.