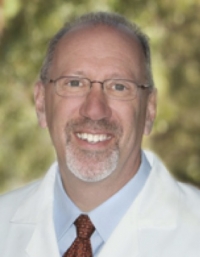 Richard Gallo is a prominent American physician-scientist who has made several scientific discoveries that have revolutionized our understanding of the immune system. He is a pioneer in studying how antimicrobial peptides and the microbiome are fundamental to human health. His group first discovered the existence of antimicrobial peptides in mammalian skin and has published several landmark observations of how these molecules are involved in skin disorders such as atopic dermatitis, rosacea, UV injury and psoriasis. His work has also advanced understanding of the roles of Vitamin D in immunity, and he was among the first researchers to uncover molecular mechanisms by which the skin microbiome benefits human immunity. He has over 300 publications and has been cited over 15,000 times. His publications include papers featured in some of the most high profile scientific and medical journals including: Nature, Science, Nature Medicine, the New England Journal of Medicine, the Journal of Clinical Investigation and many others.

Dr. Gallo received his B.A. from the University of Chicago and his M.D. and Ph.D. degree in toxicology and biophysics from the University of Rochester. He completed an internship in pediatrics at Johns Hopkins Hospital followed by residency in dermatology and research fellowship at Harvard Medical School. In 1999 he joined the faculty of the UC San Diego and was appointed Professor and Chief of Dermatology in 2005. In 2015 Dr. Gallo founded the first Department of Dermatology at UC San Diego.

He has been the recipient of numerous honors and awards including the Montagna award from the Society of Investigative Dermatology, the CE.R.I.E.S. Award recognizing outstanding international contribution to skin research, and the Sultzberger Lectureship from the American Academy of Dermatology. His work has been honored by invitations to many prestigious international venues and has spoken on 5 continents to deliver lectures to many different audiences including a Nobel Lectureship at the Karolinska Institute in Sweden and Keynote Lectureships to a variety of audiences in immunology, microbiology, infectious disease, pathology, wound healing and dermatology. Dr Gallo has been elected to the American Society of Clinical Investigation, The Association of American Physicians, the American Dermatologic Association and The American Academy of Microbiology.