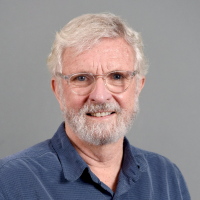 Robert T. Boyd is Professor of Anthropology at UCLA. Much of his research has been done in collaboration P. J. Richerson, and focuses on models of cultural evolution. This work has been published in a wide range of scientific journals, including Nature, PNAS, Current Anthropology, and the American Economic Review, in the Staley Prize winning book, Culture and the Evolutionary Process, and in their recent published, Not by Genes Alone: How culture transformed human evolution. With Herb Gintis, Rob co-directs the MacArthur Network on Economic Environments and the Evolution of Individual Preferences and Social Norms. Rob has also co-authored an introductory textbook in biological anthropology, How Humans Evolved, with his wife, Joan Silk, now in its fourth edition.