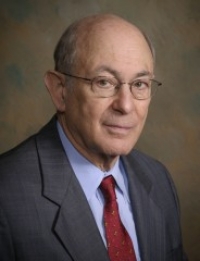 Robert Grossman is a professor of neurosurgery at Houston Methodist Hospital. Dr. Grossman’s clinical research has focused on the pathophysiology and treatment of brain and spinal cord injury, epilepsy and Parkinson’s disease. These studies identified the hyperdynamic response of the body to traumatic brain injury and developed therapy that has reduced TBI mortality; described the Neurobehavioral Consequences of TBI (Oxford University Press, with Harvey Levin and Arthur Benton); defined the clinical symptomatology of complex partial seizures due to medial temporal sclerosis; described the surgical anatomy of the temporal lobe and the technique for anterior temporal lobectomy for treatment of CPS; and demonstrated the efficacy of stereotactic pallidotomy in children with mutation of the DYT -1 gene and generalized dystonia. He is the author, with W.B. Willis, of Medical Neurobiology, and editor, with C. Loftus, of Principles of Neurosurgery.

In the past decade, supported by the Christopher Reeve Foundation and the Department of Defense, Dr. Grossman has organized a network of hospitals, the North American Clinical Trials Network (NACTN) for Treatment of Spinal Cord Injury to test new therapies for spinal cord injury.