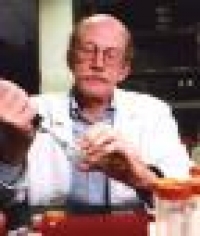 Robert H. Waterston is William Gates III Chair and Professor in the Department of Genome Sciences at the University of Washington School of Medicine in Seattle. He formerly served as chair of the Department of Genetics at Washington University School of Medicine in St. Louis, where he established and directed the school’s Genome Sequencing Center until 2002.  Dr. Waterston earned an engineering degree from Princeton University in 1965, followed by M.D. and Ph.D. degrees from the University of Chicago in 1972. He interned at Children’s Hospital Medical Center in Boston and was twice a postdoctoral fellow in biology at the Medical Research Council Laboratory of Molecular Biology in Cambridge, England.  One of the first disciples of Sydney Brenner in Cambridge, Dr. Waterston established an independent laboratory that helped establish the nematode Caenorhabditis elegans as a powerful experimental organism. Following his return to Cambridge to work with John Sulston in 1985, Dr. Waterston’s work has increasingly concentrated on genome mapping and sequencing. The elucidation of the nematode genome, announced in 1998, represented the first complete set of genes for any animal. Building on the techniques, tools and information developed in working with model organisms, the “working draft” of the human genome map and sequence was published in 2001. He is now pursuing methods of understanding how the information stored in the genome is interpreted to enable life. Using comparative sequence analysis, his lab will explore the ways comparative analysis can illuminate the function of the human genome, in order to use human polymorphism to aid in the assignment of likely gene function.  Dr. Waterston received American Heart Association Established Investigator Awards from 1980-85 and a John Simon Guggenheim Fellowship in 1985-86. He has served as a member of several National Institutes of Health study sections and the Advisory Council of the NIH National Human Genome Research Institute. In 2000, he was elected to the National Academy of Sciences. In 2001 he received the Beadle Medal from the Genetics Society of America and the City of Medicine Award and was elected to membership in the Institute of Medicine of the NAS. In 2002, he was awarded the Dan David Prize, the Gairdner Award and the Sloan Award. He is currently serving as a member of the Council of the Institute of Medicine, liaison to the National Cancer Policy Board for the IOM Council, and member of the National Academies Committee on Intellectual Property in Genomic and Protein Research and Innovation.