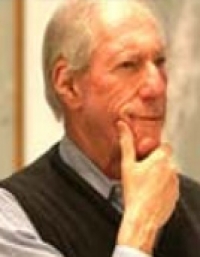 Sheldon Nodelman received his Ph.D. in the History of Art from Yale University. Before joining the Visual Arts Department at UCSD, he taught at Bryn Mawr College, Princeton and Yale. He has been the recipient of Fulbright and Morse fellowships and has been a Getty Scholar. His fields of interest include the art of classical antiquity, especially Roman Imperial Art, twentieth century avant-garde art, and the problems of art-historical theory and method. Nodelman's most recent published work is a major book on the American painter Mark Rothko: The Rothko Chapel Paintings, University of Texas Press, 1997. He is also the author of a previous book on Rothko as well as many articles on twentieth century art and on Roman art, particularly on Roman portrait sculpture, on which he is a recognized authority. Nodelman is currently at work on a book on Marcel Duchamp.