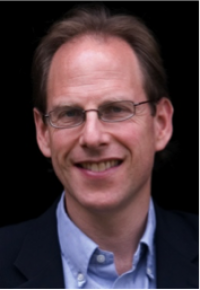 Simon Baron-Cohen is professor of developmental psychopathology at the University of Cambridge and Fellow at Trinity College, Cambridge. He is director of the Autism Research Centre (ARC) in Cambridge. He holds degrees in human sciences from New College, Oxford, a PhD in psychology from UCL, and an M.Phil in clinical psychology at the Institute of Psychiatry. He held lectureships in both of these departments in London before moving to Cambridge in 1994. He is also director of CLASS (Cambridge Lifespan Asperger Syndrome Service), a clinic for adults with suspected AS.

He is author of Mindblindness (MIT Press, 1995), The Essential Difference: Men, Women and the Extreme Male Brain (Penguin UK/Basic Books, 2003), Zero Degrees of Empathy (Penguin UK, 2011, and published under The Science of Evil by Basic Books, US), and Prenatal Testosterone in Mind (MIT Press, 2005). He has edited a number of scholarly anthologies, including Understanding Other Minds (OUP, 1993, 2001), The Maladapted Mind (Erlbaum, 1997) and Synaesthesia (Blackwells, 1997).

He has also written books for parents and teachers such as Autism: The Facts (OUP, 1993), Tourette Syndrome: The Facts (OUP, 1998), and Teaching Children with Autism to Mind Read (Wiley, 1998). He is author of the DVD-ROM Mind Reading: an Interactive Guide to Emotions (Jessica Kingsley Ltd, 2003) that was nominated for a BAFTA award for Best Off-Line Learning.

Simon Baron-Cohen is an editor-in-chief of the online open access journal Molecular Autism.