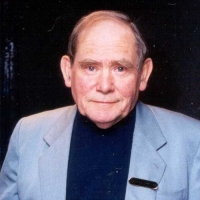 Nobel Laureate and Salk Distinguished Professor Emeritus Sydney Brenner passed away on April 5, 2019, in Singapore at the age of 92. Over the course of six decades, Brenner shaped the modern understanding of the genetic code.

“We at Salk join countless other scientists and researchers around the world in mourning the passing of Sydney Brenner,” says Salk President Rusty Gage, holder of the Vi and John Adler Chair. “Along with raising the field of molecular biology to maturity, Sydney was a generous and dedicated mentor, colleague and friend. He was an inspiration to generations of scientists and he will be greatly missed.”

“We all owe much to Sydney. With his passing we have lost a great scientist and a good friend,” says Salk Professor Terrence Sejnowski, holder of the Francis Crick Chair.

“Sydney Brenner was a luminary, a ‘once-in-a-lifetime’ scientist. We at the Salk Institute were entertained and enthralled by his wit and wisdom,” adds Salk Professor Ronald Evans, holder of the March of Dimes Chair. “His research inspired my career. He will be remembered in perpetuity for his brilliant discoveries that ushered in a new era of science and a new generation of scientists.”

Brenner joined the Institute as a Distinguished Professor in 2000 and was awarded the Nobel Prize in Physiology or Medicine shortly afterward in 2002, along with H. Robert Horvitz and John Sulston, “for their discoveries concerning genetic regulation of organ development and programmed cell death,” according to The Nobel Foundation.

Born in Germiston, South Africa, in 1927, Brenner earned degrees in medicine and science in 1947 from Johannesburg’s University of Witwatersrand before moving to Oxford University in 1952 to pursue his PhD in physical chemistry. While at Oxford he became engrossed in DNA and developmental genetics research. He joined the University of Cambridge in 1956 and shared an office with future Nobel Laureate Francis Crick for nearly 20 years.

In partnership with Crick, in 1961 Brenner demonstrated that the genetic code for proteins uses a series of three nucleotides to code for a single amino acid. He further showed that certain combinations of triplet nucleotides called “nonsense” or “stop” codons (a phrase he coined) halt protein creation during translation.

Around this time, he also co-discovered the existence of messenger RNA (mRNA), one of the molecular intermediates between DNA and proteins, and demonstrated that the nucleotide sequence of mRNA determines the order of amino acids in proteins. This work led to his first Lasker Award in Basic Medical Research; he later received a second Lasker Award in honor of his outstanding lifetime achievements.

In 1976 Crick left Cambridge to join the Salk Institute, and Brenner joined him once again in 1981 as a nonresident fellow. In 1992 Brenner was appointed to the Scripps Research Institute, located less than a mile from Salk. Brenner and Crick were reunited at Salk in 2000. In 2001, Brenner co-authored an autobiography titled My Life in Science.

Brenner, Horvitz and Sulston received the Nobel Prize in 2002 for their pioneering research using the translucent microscopic worm Caenorhabditis elegans, as a model system for linking genetics, cell division, organ formation and cell death. Their research laid the groundwork for making C. elegans a major model organism in research, and “shed new light on the pathogenesis of many diseases,” according to The Nobel Foundation. This tiny worm became the first animal to have its genome sequenced and remains the only animal to have its full “neuronal map” or connectome constructed.

Today, thousands of researchers use C. elegans for their research, and Brenner was honored in 2007 when a closely related nematode was named after him--C. brenneri.

“Sydney was a dear friend and uber-mentor,” says Gene Yeo, a former researcher at Salk and a professor at UC San Diego who worked with Brenner (and whose father, Philip Yeo, developed with Brenner a number of scientific institutes in Singapore). “He was an inspiring scientist who thought bureaucrats and borders were often hurdles to great science and showed us how to mentor the young to have a healthy disrespect for authority and the impossible. We will miss him terribly.”

In 1996, Brenner founded The Molecular Sciences Institute in Berkeley, California. Outside of the United States, Brenner was the founding president of the Okinawa Institute of Science and Technology in Japan and helped to bring biotechnology in Singapore onto the world stage. For over 30 years he pushed for Singapore to establish a major research institute. In 1985, his dreams came to fruition and the Institute of Molecular and Cell Biology (IMCB) was launched. Later, he helped to establish the A*Star (Agency for Science, Technology and Research) Graduate Academy, to help Singapore train new scientists and engineers for the future.

His successes in Singapore led to him become the first honorary citizen of Singapore in 2003. He remained scientific adviser to the chairman of A*Star and head of its Molecular Engineering Laboratory until his passing.

Brenner is survived by his children Belinda, Carla and Stefan.