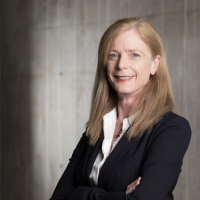 Dr. Hayes is a Professor and Head of the Ancestry and Health Genomics Laboratory at the University of Sydney's Charles Perkins Centre in Australia. She holds extraordinary and honorary Professorships at the University of Pretoria and the University of Limpopo, respectively, in South Africa. She received her undergraduate education from the University of Stellenbosch, South Africa and her Ph.D. in Medical Genetics from the University of Groningen, The Netherlands in 1999. After heading a research laboratory in South Africa investigating the genetic basis of HIV-susceptibility in local populations, she moved to Australia in 2003, where she has continued her research into Southern African ancestral diversity, early human evolution and impact of genomic diversity on human health. In 2010, she co-led the study to generate the first African genomes, including that of the late Archbishop Emeritus Desmond Tutu, and in 2019 led a paper that redefined human divergence and human evolution within Southern Africa.