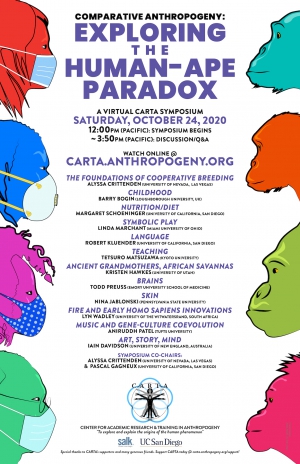 Summary:
CARTA’s Fall 2020 symposium, Comparative Anthropogeny: Exploring the Human Ape-Paradox, examines humans as a uniquely evolved, "biologically enculturated," species as juxtaposed with our closest living relatives, the "great apes" (chimpanzees, bonobos, gorillas, and orangutans). By definition, each species is unique as it represents the outcome of independent evolution. Yet, humans appear to be a remarkable outlier as we have numerous characteristics so far un-described in any other primate. Why should this be? Unlike other species, the evident animal nature of humans is interwoven with a distinctly human cultural fabric, forming the paradox of "biological enculturation": a species that is both "biologically cultural" and "culturally biological". In humans, "biological enculturation" is so pervasive that disentangling the cultural and biological components is impossible.

This symposium will address several important distinctly human "biologically enculturated" characteristics, both in relation to each other and in contrast to our evolutionary cousins. Goals include transdisciplinary interactions, improved self-understanding, promotion of ethically sound studies to explain known differences, and the generation of new, potentially unexplored, insights on uniquely-human specializations. Given the interest in understanding our evolution, this symposium will also help to organize how and in what sequence distinctly human physical, mental, social, and cultural features evolved. Such understanding may help explain the origin of our species and how it came to now directly shape the planet, giving rise to the Anthropocene (a proposed geological epoch distinguished by human influence on climate and the environment). 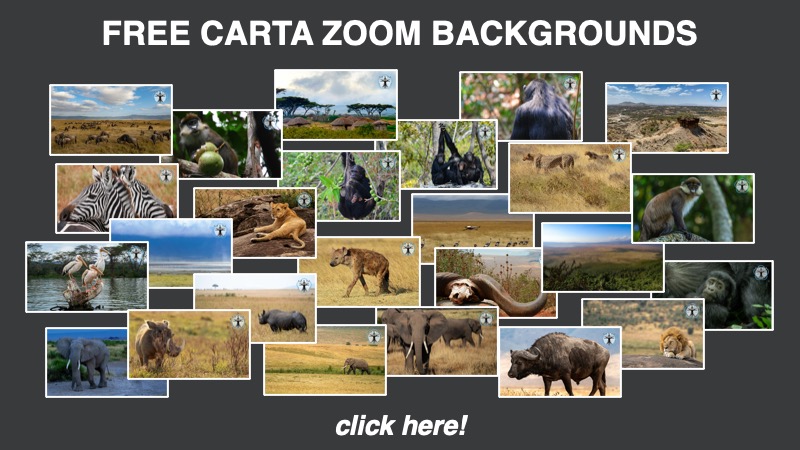