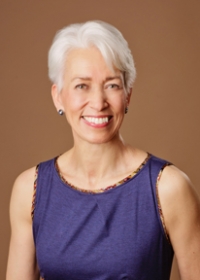 Nina G. Jablonski is the Evan Pugh Professor of Anthropology at Pennsylvania State University. A biological anthropologist by training, Jablonski pursues basic research on the evolution of adaptations of primates, including humans, to their environment. For the last 25 years, she has been most intrigued by questions in human evolution not directly answered by the fossil record, foremost among these being the evolution of human skin and skin pigmentation. From an initial interest in the evolution of skin pigmentation, Jablonski has pursued issues surrounding the meanings of skin color in modern life, notably the relationships to health and society. In addition to her scholarly articles on skin and skin color, Jablonski has written two popular books on the subject, Skin: A Natural History (2006) and Living Color: The Biological and Social Meaning of Skin Color (2012), both published by University of California Press. Jablonski received her A.B. in biology at Bryn Mawr College in 1975 and her Ph.D. in anthropology at the University of Washington in 1981. She is an elected Fellow of the American Academy of Arts and Sciences, the American Philosophical Society, and the American Association for the Advancement of Science, and a member of the Board on Behavioral, Cognitive, and Sensory Sciences of the U.S. National Research Council. She is the recipient of an Alphonse Fletcher, Sr. Fellowship (2005), a Guggenheim Fellowship (2012), and an honorary doctorate from University of Stellenbosch in South Africa (2010) for her contribution to the worldwide fight against racism. Jablonski’s current research and educational projects are funded by grants from the National Science Foundation and the Robert Wood Johnson Foundation and include a project examining the factors that affect vitamin D status in healthy young adults in South Africa, the writing of a graphic novel about skin color for South African middle school children, and the development of a science summer camp curriculum for minority and underserved middle school students in the U.S.